Power of Change honoree: Betty Collins on the power of believing in yourself

Be open to unexpected career changes, said Betty Collins, CPA, especially because those opportunities might be better than you could imagine. 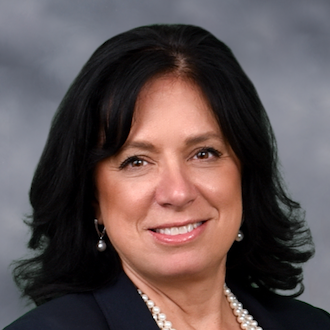 “Every time you say never, you better see what opportunity you're missing,” said Betty Collins, CPA, director at Brady Ware. Collins was named a Power of Change honoree at the OSCPA Women, Wealth and Wellness Conference in July. The award salutes individuals who are advocates for women’s initiatives in the workplace and business community, serve as mentors or role models, make a significant impact on their communities or break barriers for other women.

When starting her career, Collins said she initially never thought she would become a CPA or later, ever merge with a larger firm. But she eventually rose to leadership positions and did go on to merge her firm with Brady Ware, a move that meant new opportunities.

After joining Brady Ware, Collins said she began to connect with more women’s organizations such as NAWBO and Women in Business. Previously most of her career had been working with men. She is now the director of the Brady Ware Women’s Initiative group she helped to start.

“Women need to be united,” she said. “And they need to carry each other. Supporting other women is just huge for success. And make sure you understand that men are part of the journey, and you'll probably have a lot of success when you’re being fair to each other.”

She said when she’s working with women business owners it’s invigorating to see them succeed and take ideas and passion into earned revenue.

“Being a business owner is hard; you’re doing the things that it takes to be a leader in a man's world,” she said. “I wanted to make sure that my resources as a shareholder and as a women's initiative director are utilized to help women along the way and so they feel like they have a support system.

And while it’s helpful to have a support system and others to look to for guidance, Collins said believing in your own abilities is essential and she encourages others to choose their own journey instead of being told to go down a certain path.

“I would tell any woman today, the biggest lesson I've learned is to be yourself,” she said. “And look at who you are. You have potential. You have success. And these are your unique talents, so use them.”

Hear from other Power of Change recipients here.