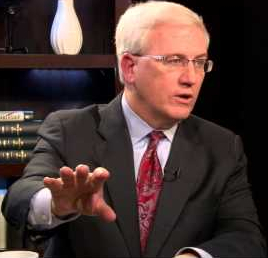 “They see the municipal income tax system as such a cost for taxpayers,” said Tom Zaino, CPA, JD, managing member of Zaino Hall & Farrin LLC and former Ohio Tax Commissioner. “A lot of times it costs more to do the returns than the cities are getting in income. It’s not fair to the businesses; it’s just too complicated.”

Zaino on Monday presented “Ready, Set, Go…First Post-HB 5 Filing Season Begins” to an engaged crowd at the Columbus Mega Tax Conference. Also participating in the presentation was Jeffrey Sherman of R.I.T.A., who offered his input on the provisions.

Attendees heard an overview of the major municipal tax changes, updates on the latest legislation in the muni tax arena and how the reforms will impact the upcoming filing season.

Zaino covered the top 10 business tax provisions, such as the 20-day withholding rule and the small employer withholding exemption. The crowd kept Zaino and Sherman on their toes, asking detailed questions on topics like net operating losses and travel time.

As Zaino stated multiple times during the presentation, Ohio’s municipal tax income system is still the “most complicated” in the country.

“I hope attendees leave with an understanding of what they are going to face in the next filing season,” he said. “There’s been some guidance from cities, very little guidance, and it’s hopefully something they’re understanding a little bit better for the task ahead of them.”