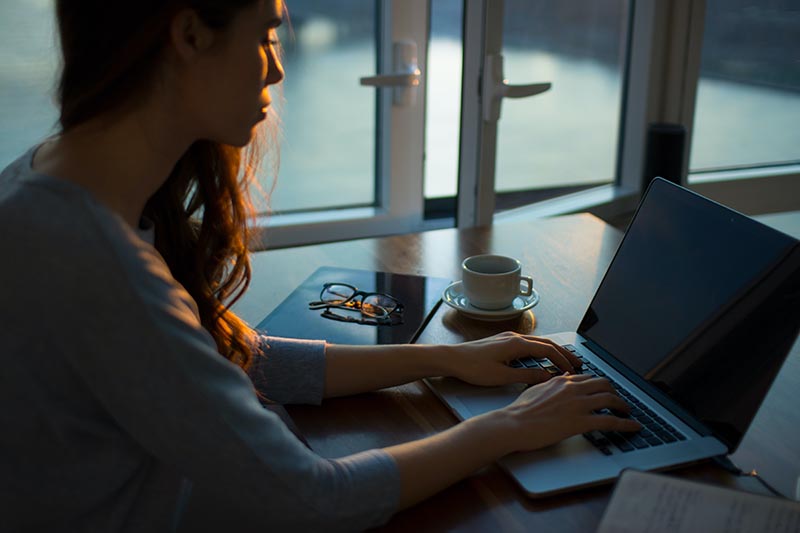 Global management consultants, McKinsey & Company, have discovered a discouraging trend in the post-pandemic workspace: one in four women are considering leaving the workforce or downshifting their careers. By comparison, one in five men are contemplating the same. In stark contrast to their male counterparts, women are more likely to consider leaving their job or downgrading to less lucrative careers by ten percentage points.

Women account for 55% of all jobs lost in the U.S. since the pandemic. Women held 66% of low-wage positions that disappeared during that time.

One step forward. Two steps back?

Women have made great strides in their labor market representation and leadership roles over the past two years. However, COVID continues to affect women negatively and disproportionately more than men. While all women felt the impact, three groups witnessed it more than others: Black women, working mothers and women in senior-level leadership positions.

By January 2022, 3.6% of all women were without a job. Of those, 5% were Latina, 6% Black and 8% women with disabilities. And these numbers only represent those who reported they were still looking for a job and not those who had given up entirely.

Negative impacts on women during COVID

Before the pandemic, women were already facing workplace gender inequalities (discrimination, sexism, the “good ol’ boys club”). To add to it, women were more prominent in sectors that were heavily impacted by COVID, such as the food and hospitality industries, retail and wholesale trades and arts and recreation professions.

Back on the homefront, women still dominated the role of caretaker within their families, helping with the majority of child-rearing responsibilities as well as senior care for aging parents.

When schools and businesses shut down, time spent on (unpaid and sometimes underappreciated) household responsibilities, such as cleaning, cooking and schoolwork help, increased for women who were already handling a larger percentage of the duties pre-COVID. By comparison, men only saw a slight increase in their at-home responsibilities during the pandemic.

Juggling additional responsibilities at home coupled with stressors at work and a constant feeling of falling behind or not doing enough, women were exhausted, burned out and ready to quit or downshift their careers at higher rates than men.

In short, women were taking on more roles and responsibilities at work and home but were unable to give either their full concentration. As a result, they would find themselves frustrated, passed over for raises and promotions and falling further behind on the corporate ladder.

In many heterosexual, dual-income homes, the lower wage earner, often the wife, opted to give up their career to make time for kids, elderly parents and chores. Climbing the corporate ladder was not a priority, especially with a higher wage-earning spouse or partner and growing unpaid responsibilities.

Single mothers at the breaking point

What’s more, about three out of ten families with children were single-parent households. Single mothers headed 75% of those. For those women, the lack of childcare caused by the pandemic and the omicron variant scare meant they had to ask for extra time off to care for their young kids.

Service industry laborers had little to no option of working from home, but even single mothers with the possibility of remote work found that childcare was a full-time job in and of itself and a good workflow was hard to achieve with kids in the house. For some, the government’s stimulus package offered more compensation to stay at home rather than leave their children for work and was a no-brainer solution.

Worse off were single mothers who had no choice but to continue working while taking on extra responsibilities during the pandemic. They felt the pull on their wallets due to lost hours at work and the tug on their heartstrings as work had to take priority over family time.

Working toward a solution

Without purposefully working to rectify the issue of inequality for women (and especially minority women) in the workplace, the global economy will suffer. We could expect to see a GDP $1 trillion lower by 2030 than in scenarios where inequality is addressed immediately or in a few years’ time. And that’s if women’s unemployment tracked with that of men. The future economy could suffer worse if women decided to leave the labor force permanently.

Know better to do better

The coronavirus pandemic negatively impacted most people. Women, however, experienced a disproportionate impact.

Want to learn more about the impact COVID-19 had on women in the workplace and what we can do about it to support hard-working females and strengthen the economy? Dr. Rupal Malani with McKinsey & Company will cover the pandemic’s unequal impact on women and their careers in our July 21 Women, Wealth & Wellness Conference.

Your accounting membership into The Ohio Society of CPAs (OSCPA) earns you discounted tickets to this and other learning engagements throughout the year. Becoming a member of The OSPCA opens up a host of opportunities for quality accounting CPE training courses in Ohio.