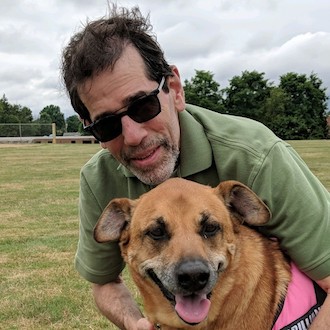 What was it like growing up with parents who had survived the Holocaust?

The children of Holocaust survivors had our own set of challenges, because unlike a lot of the people that were in our neighborhood, their parents were American born, our parents weren’t American born. Ours was a different type of upbringing. And people didn't quite understand it at the time, what my parents had been through, they didn't really talk much about what they went through during the war. It wasn't until much later on in life, that they finally started opening up and telling us the horror stories that they experienced. So we understood that ours was a unique situation, a unique from the standpoint that there was a history that we knew of, but there was also a part of our history, mostly family, that we didn't really know much about.

Do you like to cook in your free time?

I enjoy being in the kitchen. When I first got married, I was actually going back to college for a second degree. And my wife was the primary breadwinner, and she was a general contractor. So when she came home in the evenings, she was pretty exhausted. And I used to do a lot of the cooking growing up because my mom had a lot of health issues related to the war. And there were times when she just was not up to being able to make meals. And so I learned from her how to cook. And I enjoyed it, I didn't find it a chore at all. And even today, I don't mind when my wife is cooking something, I always offer to be her sous chef. And I enjoy it. To me, it's creativity, it's being able to create something from very humble beginnings.