Business leaders say there is untapped potential in the marijuana industry, but the factor that is having the most impact is regulatory uncertainty.

One story that illustrates this in the experience of Ohio-based Scotts Miracle-Gro, which has seen a 29% drop in its hydroponics sales even as it has invested more than $1 billion in the technology, the method of choice for marijuana growers.

We have introduced you to Justin Breidenbach, MAcc, CPA, CFE, an assistant professor of accounting at Ohio Wesleyan University in Delaware, Ohio. He conducts research on the business & accounting aspects of the cannabis industry and provides consulting services to individuals and entities in the industry. 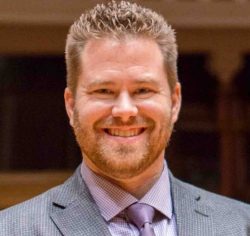 "For the longest time it seemed like national (federal) uncertainty was one of the major issues," Breidenbach said, "however, many individual states have now created even more uncertainty when it comes to rolling out regulated markets. Many times the processes that are established at the state levels are not rolled out as fast as initially anticipated and this just creates confusion and difficulty for businesses when operating in this space.

"Ohio is really no different right now as the application process for cultivators is being challenged and investigated," he said. "Also, many times the regulations sound good in theory, but they become difficult to roll out and the application becomes burdensome or almost nearly impossible to actually make happen."