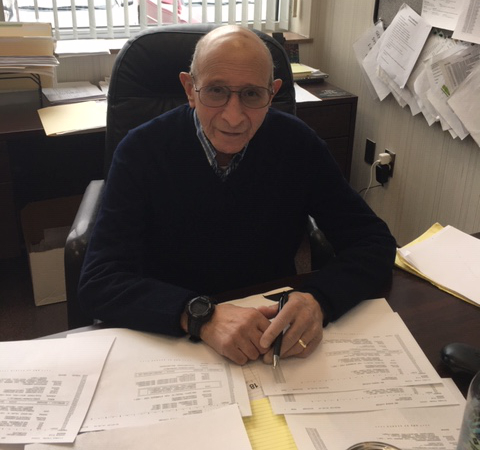 This week’s CPA of Ohio is David Alter, CPA, of the Schwebel Baking Company in Youngstown.

A proud Marine Corps veteran, Alter credits his stint in the military for instilling self-discipline and a work ethic that has paid off many times over in civilian life. When interviewing for his first job as a CPA, Alter convinced the employer to give him a chance over a more experienced candidate by offering to work for free for his first two weeks. The owner of the construction company was so impressed he hired him immediately. Then, Alter said, the professional lessons started coming quickly.

“One thing I’ve learned in accounting,” he said with a chuckle: “You might mess up something and never know it – but NOT a payroll!”

Alter said his employer, co-workers and an engaging profession have kept him at the office well into his 80s.

“I don’t have as much pressure now,” he said. “Whatever assignments they give me, I work. I love the people I work with, and I love the work. If you have a passion for somebody and like the work – and I can still do the work – why not?”

He remains interested in the profession, and recently commented on ohiocpa.com in support of the CPA exam reform bill.