The path to success is rarely a straight line. Reflecting on her career thus far, Robyn Pollina, CPA, says determination is what has helped her navigate the curves.

She also said it hasn’t been a nonstop journey. 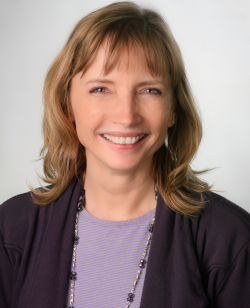 “We all have the need to start over once in a while,” Pollina said.

In the 1980s Pollina and her husband at the time lived in North Carolina because he was stationed there in the Army. She said after having children at a young age, she wanted to go back to school and looked for a major that would allow her credits to easily transfer should they move again. She picked business administration and thoroughly enjoyed an intro level accounting course at a community college.

“I chose it for a very practical reason, but I ended up falling in love with accounting,” she said.

After her husband’s discharge from the Army, they moved to Columbus and she worked for about six years as a medical claims processor while her husband went to school. After he finished, she said she tried to work and go to school at the same time, but eventually decided to enroll full time at The Ohio State University to focus on her studies.

Pollina said the reason she attended college was a bit different than that of her peers.

“It was so I could afford to put my daughters through college,” she said. “It wasn’t about me, but I knew if I didn’t get my act together I would struggle to pay for their education.”

After graduating, she went on to earn her CPA and worked at a public accounting firm for a couple years when she was offered the controller role with Palmer-Donavin, a client of her employer.

“I wasn’t on the audit for Palmer Donovan, but had done the physical inventory and they called me,” she said. “I thought ‘I don’t have a resume and I’m not prepared,’ but I decided there was some divine intervention going on. By then I was a single mom and had two daughters in middle school.”

She accepted the position hoping for a more manageable work schedule, and a few years later the CFO who had hired her left the company. Pollina took on the role of CFO and has held it for 22 years.

“I would say that in my role, actually, accounting is my favorite part of what I do,” she said. “It’s rule-based and predictable and numbers behave themselves, but what makes my job interesting and challenging is being a manager and leader.”

She mentioned the importance of continuing to learn the role of leader, and said she enjoys expanding her skills through communication and collaboration with staff. She is a regular donor to The Ohio CPA Foundation, a decision she called “a no-brainer,” in terms of promoting the profession and ensuring a diverse pipeline.

Although she’s proud of how far she’s come, Pollina said she’s still looking to grow in her career and hopes to become CEO one day.

“If you’re not willing to change and learn, you take yourself out of the game,” she said. “Even if you fail and make mistakes, the important part is to stay in there and keep trying… Persistence and determination are the most important things you can have. It’s not about how smart you are or how much money you make, it’s about how determined you are.”