Advocating for women in the workplace means taking action

The stigma and discrimination that women face in the workplace shouldn’t be only women’s responsibility to solve, said one attorney and chief diversity officer. 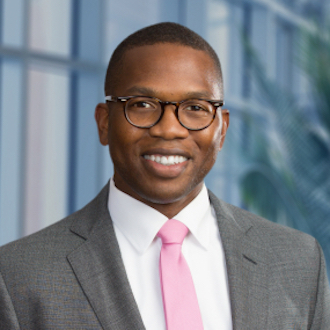 “I always bristle at this idea of ‘women's issues,’” said Karim Ali, partner at law firm Porter Wright. “And it’s not enough when firms say they need to think about women's issues, because these are all our issues. If a business can't hire enough women, then that's a problem.”

Ali will join the panel at the upcoming Women, Wealth and Wellness Conference on July 21. He said when he thinks about policy, hiring and development questions from his colleagues, he tries to approach them with an understanding of people’s different experiences.

He said being a male ally means being willing to “be in the arena and fight the battles.” It’s more than only talking about allyship, it’s about taking action to consider what you’re doing individually and collectively to help advance women in the workplace.

Ali, who also serves on the board of the Columbus Women’s Commission, said it’s not enough to hope that things will get better for women, especially when it comes to structural issues.

“You can't successfully implement happenstance and coincidence,” he said. “You only can affect long lasting, realistic change through intentional efforts. I am a big proponent of making intentional efforts to achieve a specific goal.”

When he became a partner, Ali said he gained access to more information about how decisions at the firm were made. He said he uses this position of privilege to look for opportunities to share his insight with men and women and to advocate for those who might not be in the same position.

“One example is a conversation I had with a partner about whether a volunteer opportunity for her would lead to advancement,” he said. “Woman and others shouldn't say yes, just because they’re expected to say yes. And I think there is a bias historically to ask women to do the housework, the non-billable work, and the non-promotable work.”

To continue allyship in the workplace, Ali said it’s a topic that needs to be as openly discussed among colleagues as football.

“This notion of allyship is just another dimension of diversity, equity and inclusion,” he said. “If you focus on having a diverse, equitable and inclusive work force, you want to focus on allyship to reduce those gender-based barriers.”

Hear more from Karim Ali at the Women, Wealth and Wellness Conference on July 21.