Elmer J. Whiting Jr. became the first Black CPA in Ohio and went on to lead a career that had an invaluable influence on diverse accounting professionals for decades. 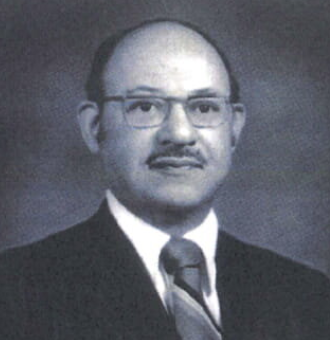 Whiting graduated from Howard College in the 1940s and eventually went on to receive an MBA from Case Western University and a law degree from Cleveland-Marshall College of Law. He passed the CPA Exam on the first try, although he found difficulty acquiring the experience he needed because white-owned firms believed clients would not want to work with black staff. After successfully lobbying to have bookkeeping work count as experience, he received his license in 1950 and became the 25th Black CPA in the U.S.

Shortly after, Whiting started his own firm and eventually was able to provide licensure for five other Black CPAs in Ohio. He never stopped advocating for Black professionals, as he would often apply to roles to demonstrate that qualified Black professionals were available. He also served on a city finance committee in Cleveland under Carl Stokes, the first Black mayor of a major American city and a law school friend of Whiting’s.

In 1971, Whiting became the first Black partner of Ernst & Ernest, now known as EY, which was considered a “Big Eight” firm at the time. They approached Whiting about merging his existing practice into the firm and he became an example of what fellow Black CPAs could accomplish. He died in 1995 and Mayor Stokes’s brother Louis, a congressman from Cleveland, read a tribute to him into the Congressional Record.