PODCAST: How to keep up with rapidly changing tax policy 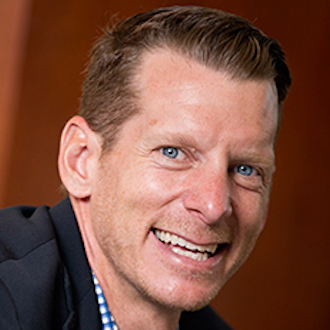 Tony Nitti understands how tough it is for CPAs to stay up-to-date with evolving tax policy, but he cautions that now is not the time to relax.

“In a situation like this that’s so fluid and that is changing so rapidly, we may have a completely different conversation with clients than the day before,” said Nitti, a partner in RubinBrown’s tax services group and partner-in-charge of national tax.

Nitti joined the State of Business podcast this week to discuss some of what he’ll cover in December at OSCPA’s Mega Tax Virtual Conference.

“It is rare that tax policy rises to the forefront of the public consciousness,” Nitti said. “But that's where we are right now. It's on the front page of every newspaper – everybody's talking about it.”

There are major changes coming particularly for high-income taxpayers, Nitti said, for those with a gross income of more than $10 million.

“Somebody selling a business for a once in a lifetime windfall, they're going to be stuck between a rock and a hard place if legislation lingers,” Nitti said. “They're probably going to want to get that deal done in 2021, and not let it go to 2022 because of some of these tax changes that are coming.”

Even married taxpayers could be in a unique situation, he said, especially those within the $140,000 to $160,000 salary range. Nitti suggested CPAs with clients in that range be prepared to communicate with them before the end of the year.

“This isn't something that can wait until the last couple hours of 2021,” he said. “You have to identify those clients that are in that area in terms of adjusted gross income, and really see what can be done to make sure you keep their AGI below a threshold where things like stimulus payments, child tax credits and dependent care credits all start to phase out simultaneously, resulting in an unbelievably high effective tax rate.”

While Nitti said he understands practitioners who are frustrated with constantly changing legislation, he said it’s what is necessary right now to stay competitive.