Anna D. Stare, Ohio’s first female CPA, thrived as a business owner and active participant in the community. The Newark, Ohio native was the first woman to pass the CPA exam and become licensed in the state. She received licensure in 1923, after which she opened her own accounting business. 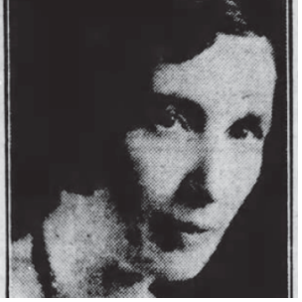 Stare was the only accountant in the Newark area at the time and audited and filed taxes for many established businesses. She was dedicated to not only her own business, but to managing her family marble, brick and tile business, and serving Newark and surrounding communities. Stare served as president for a local Newark business and professional women’s club, and for a similar state-level organization. She was involved in six different local Catholic organizations as well.

In February 1938, Stare became ill but did not let that get in the way of her work until absolutely necessary. She continued to run her business and serve in the community as best as she could until she died eight months later.

A special thanks to the Ohio History Connection for uncovering information about Anna Stare.