The strain of finding childcare while also working and supporting a family is all too familiar for many parents.

“The demands on me in my place of work did not change once I became a parent,” said Gloria Riviera. 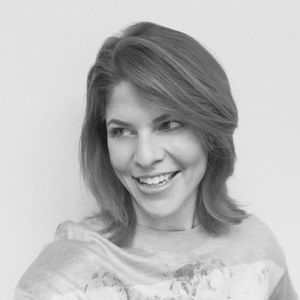 Riviera is the founder of It Must Be Said Media, a media consulting and content production company based in Washington D.C, and host of “No One is Coming to Save Us,” a weekly podcast with Lemonada Media on the childcare crisis in the U.S. and what it means for families, the country and businesses. As an ABC News 20+ year veteran correspondent and producer, she covered breaking, investigative and feature stories for the network's flagship broadcasts and social media platforms: Good Morning America, World News Tonight, Nightline, ABC News Radio and the Start Here podcast. Riviera spoke at the Women, Wealth & Wellness Conference on July 21 and offered insight into the state of childcare today and what is needed to fix it.

She said someone once told her to think of childcare like infrastructures such as roads or bridges that are essential and allows people to do the things that they need to do every day. She said for childcare to be its best, it needs to be accessible, affordable and high-quality.

Despite the high demand for quality childcare, she said many families struggle to find affordable options, and it’s an industry in distress. Parents are often left to choose between leaving their jobs because childcare costs are so high or send their children to a facility they don’t entirely trust because they have no other options.

“Post-pandemic data shows that in every other industry we’re back to pre-pandemic levels in terms of employment, but not childcare,” Riviera said. “People who left childcare are just not coming back.”

A poll asked during the session revealed an overwhelming majority of attendees said that they struggled with deciding when to have children because of the impact it could have on their careers.

“Childcare is not a singular issue,” said Riviera. It’s an area that impacts families, childcare providers, businesses and other aspects of daily life.

Riviera said data shows that children who receive good childcare are more likely to go to college, get a job and eventually become taxpayers. While childcare in the U.S. is struggling right now, she said she hopes  families can receive the support they desperately need with better legislation.

“We all deserve to feel fully supported,” she said. “it’s good for us, it’s good for our children, and that pays back tenfold.”