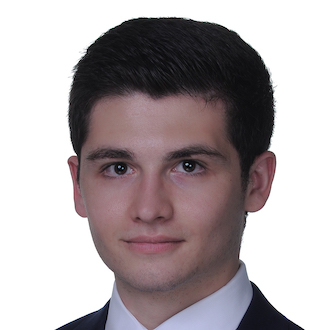 Anthony Pignataro knew he wanted to be a CPA, but never planned to win the impressive Elijah Watt Sells Award in the process.

“My goal initially was to make sure that I didn't fail any of the sections,” Pignataro said.  “But when the first score came back as high as it was, I felt almost obligated to do it because it'd be a waste of all the effort that I put into studying for the first section to take my foot off the gas for the other tests.”

To win the Elijah Watt Sells award in 2021, participants needed a cumulative average score above 95.50 on all four sections of the Uniform CPA Examination, pass each section on the first attempt and complete testing in 2021.

Pignarato, an accounting major at The Ohio State University, started studying for the CPA exam in December 2020 and took his first section, Financial Accounting Regulation in February 2021. While he had a job lined up at post-graduation Houlihan Lokey in Chicago that didn’t require the CPA, he said he always knew he wanted to get the certification and hoped the combination of finance and accounting experience would set him up well for the future.

“I wanted to study accounting, because I think you can pick up finance pretty quickly,” he said. “Whereas accounting, it's very rules based, and a skill set that is broadly applicable.”

Since his firm didn’t require the CPA and wouldn’t help pay for the studying coursework, Pignataro borrowed the Becker guide books from a friend who had recently taken the exam. He said he overprepared because he wanted to take all of the exam sections before starting work in July.

After he received a score of 99 on FAR, Pignataro’s friend told him about the Elijah Watt Sells award and the possibility of winning if he kept getting high scores.

Since he was also taking classes at the same time, he would spend whatever leftover time he had at the end of each day studying for the CPA exam and doing schoolwork on weekends. He graduated from OSU in the spring of 2021 and by the beginning of July had taken all four sections, he just needed to pass Regulation.

“I was really nervous leading up to it because I just started my job,” he said. “And I had the number calculated out and as soon as I opened the portal and saw the score, I was elated.”

While Pignataro said his long-term career plans are still to be decided, he’s enjoying his current role as an investment banker and looks forward to the future. His advice to those taking the exam is to figure out your individual study pattern and stick to it and have a support system.

“It's really a game of figuring out how you study the best,” he said. “But I think finding your rhythm and finding someone to support you are probably the two biggest pieces of advice I could give.”