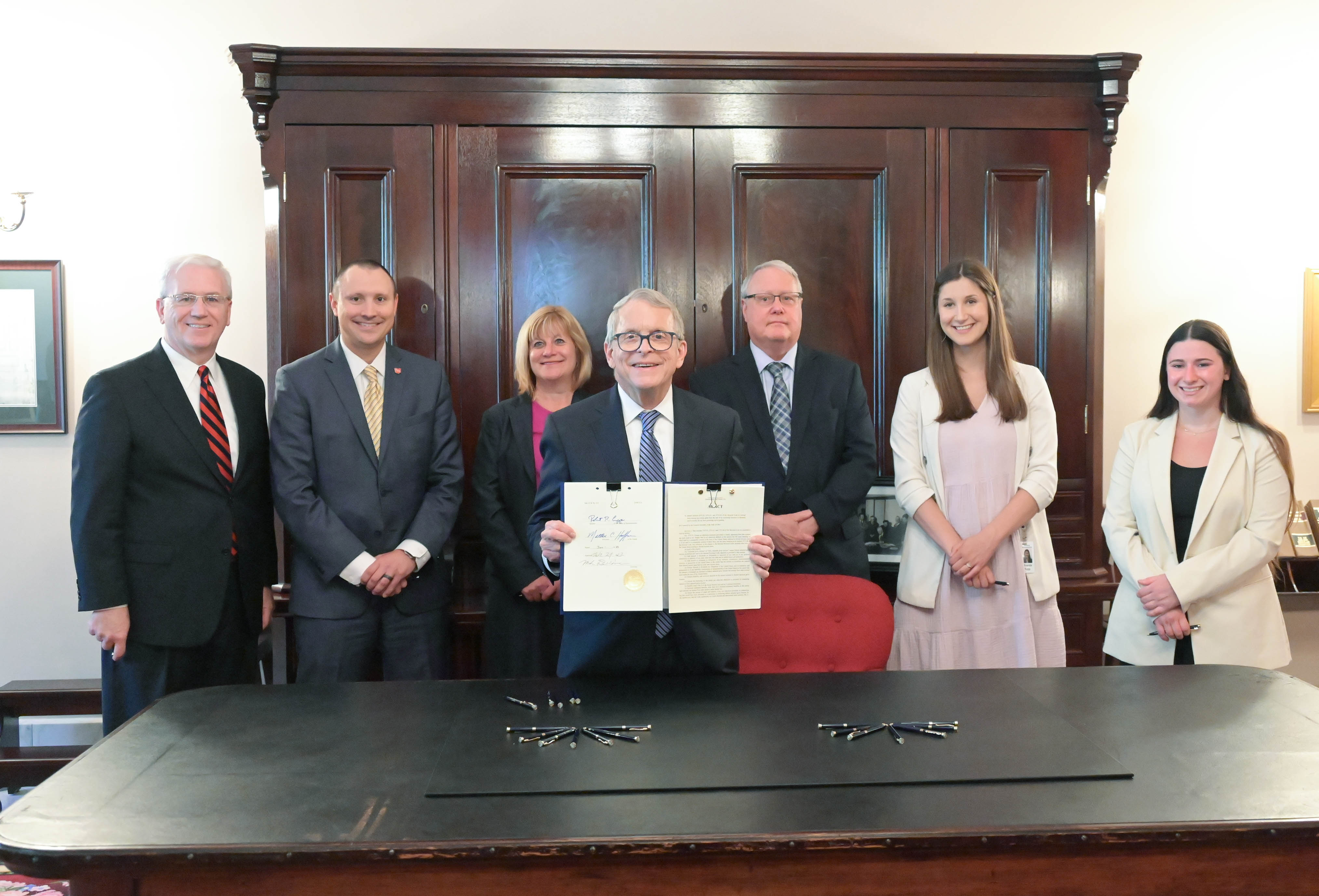 Gov. Mike DeWine on Friday, June 24 signed House Bill 515 into law. This OSCPA priority bill clarifies that gains from the sale of an ownership interest in a business is considered ‘business income’ for Ohio income tax purposes. H.B. 515 unanimously cleared both the House (90-0) and Senate (31-0) on June 1.

OSCPA’s advocacy team has been a driving force in ensuring H.B. 515’s passage, testifying repeatedly in support of its passage.  The new law will take effect in late September, 90 days from June 24.

During his most recent testimony in May, OSCPA’s Director of Tax Policy, Greg Saul, Esq., CAE, said the sale must satisfy either of the following: (1) the sale is treated for federal income tax purposes as the sale of assets – i.e. 338(h)(10); or, (2) the seller was involved in the day-to-day management (material participation) of the business during the taxable year in which the sale occurred or during any of the five preceding years.

Sincere thanks to H.B. 515 sponsors Rep. James Hoops, R-Napoleon, and Rep. Craig Riedel, R-Defiance, whose leadership in moving the bill forward was invaluable.  Also, Sen. George Lang, R-West Chester, and Sen. Kristina Roegner, R-Hudson, sponsored the companion Senate legislation, S.B. 247.  In their sponsor testimony, these four legislators emphasized that the bill will keep entrepreneurs in Ohio by clarifying the applicability of the BID to the sale of a business.