A perception of lower status can hold women back

Societal norms and a perception of having a lower status  ingrained at a young age could mean women miss out on career advancement opportunities. 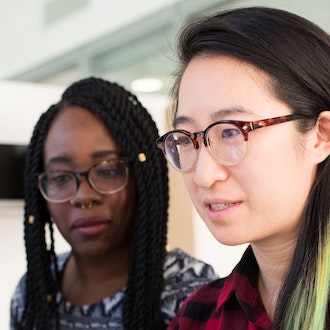 “We have to be aware that this is happening, and we have to understand what status is and think explicitly about how it works,” said Dr. Mary Hogue, PhD, professor at Kent State University.

Hogue has researched the topic of how status and unconscious bias impacts women. She said status is ingrained from a young age, and in many environments, women and girls are viewed as lower status.

“The United Nation tells us that in virtually every country, women are lower status than men,” said Hogue. “And I'm fascinated by how subordination and superiority play out between the genders and how that ends up affecting things like how much pay a woman feels like she deserves.”

Hogue said that status determines where valuable resources go, and those who are perceived as more valuable to the group will get more resources. The perception that women are “lower status” comes at a cost.

Even if this isn’t said explicitly, Hogue said, these judgements can still creep into someone’s thinking. A woman might avoid putting herself in a situation where she is viewed as too demanding or controlling because she knows she will be judged harshly for it.

Hogue said it’s helpful to learn how to push the boundaries of status to achieve career goals.

“Make a plan if you ask for a certain salary amount, and they say, ‘No, I want to give you this other amount,’” she said. “Take a few breaths, think about what's happening and what your reaction is and get what you actually deserve.”

Hear more from Hogue during her session “Invisible Force: Overlap of Gender/Status” at the Women, Wealth and Wellness Virtual Conference in July. Register today!