Former student ambassador reflects on time in the program

One CPA said being an OSCPA student ambassador almost twenty years ago developed into a lifelong passion for the profession. 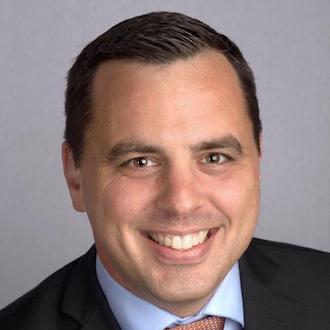 “At the time it just seemed like it was a fun opportunity to engage with the Society and also network with others in the profession,” said Matthew Hurley, CPA, senior manager at Deloitte.

Hurley was part of the OSCPA Student Ambassador program for two years starting in 2004 while attending Case Western University. He received encouragement from a professor to apply for the program along with a friend who had been an ambassador the year before.

“Accounting is the language of business and I really enjoy getting into how companies operate, what makes them work, and how they go to market with their products,” he said.

Hurley’s responsibility as an ambassador in the early 2000s is similar to what’s done today: engage fellow students in the profession through on-campus activities. He said the experience as an ambassador allowed him the chance to learn new skills, such as speaking in front of a class and networking with students and professors.

Despite moving out of state to Tennessee a few years after receiving his masters of accountancy in 2007, Hurley has maintained his OSCPA membership. He said he developed a deep appreciation for state societies through his time as an ambassador and now enjoys watching students post to the @ohiocpas Instagram to show a day in the life of an ambassador.

“I recognize the work OSCPA is doing is helping me now by bringing in very strong and capable people into the profession that are part of my teams,” he said. “And encouraging people to join and creating opportunity increases the diversity of the candidates that are coming into the profession.”

He’s now spent 15 years at Deloitte and is currently in the controllership practice where his range of assignments have covered finance transformation to standards implementation, and he’s traveled around the world for work.

Hurley said one of his favorite memories as a student ambassador is when he encouraged a friend in finance to take a couple extra accounting classes beyond the basics. That friend later told Hurley he was promoted more quickly at a new job because of his accounting knowledge.

“I think that was the first time I realized that as an ambassador, it was more than getting an extra monthly stipend,” he said. “You're going around talking to people, but it was also about helping people be successful in finding what they want to do.”

Find out more about the student ambassador program and how you can help the future of the profession here.