Women might be missing out on opportunities not only because of gender but also their perceived status, said one psychologist who has researched the topic. 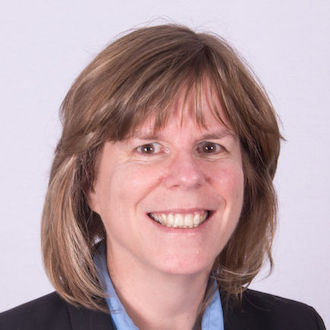 “In virtually every country in the world, women are lower status than men,” said Dr. Mary Hogue, PhD, professor at Kent State university. “The status norms of subordination and superiority play out between the genders and that ends up affecting things like how much pay a woman feels she deserves, because something that happens with status is it determines where valuable resources go. Higher status people get valuable resources because they're perceived as more valuable to the group.”

Hogue will present “Invisible Force: Overlap of Gender/Status” at the Women, Wealth and Wellness Virtual Conference in July where she willcover the impact of societal expectations for gender status along with the unconscious bias at work, leadership identity and communication skills.

She said one of the most important things to note when it comes to gender and status is for women be aware how their own perception of status might limit them. They might not be aware that they are potentially discounting themselves from opportunities simply because society has taught them that being too direct or assertive is at odds with qualities people expect women to have: nurturing, caring and warm.

Hogue said she’s done presentations where women have spoken to her afterward and shared that others had treated them differently because of this status perception, but they hadn’t realized it. After being made aware of the issue, she said the next step is to prepare for action when this happens.

“You can make a plan for how to try to slow that down and try to teach yourself to react differently,” Hogue said. “And also learn how to push the boundaries of the status role in a way that will be received well by others.”

Women are socialized into gender roles that can become lower status roles, Hogue said, which can unfortunately result in losing out on leadership opportunities later.

Hogue said with awareness growing among women, she hopes that they continue to look at ways their status and gender might be impacting their personal and professional lives.

“You can't change anything if you're not aware of what's happening,” Hogue said. “I think being aware of the effects of status on what happens with women can bring a whole different set of possible solutions to what's happening.”

To hear more on this topic, join us for the Women, Wealth & Wellness Virtual Conference.