Those taking the CPA exam in 2024 and beyond can now plan their testing schedule with the recent announcement of the new transition policy under the CPA Evolution Initiative.

CPA Evolution is a joint effort of NASBA and AICPA to transform the CPA licensure model to recognize the changing skills and competencies accounting requires today and will require in the future. The transition policy recommended to the Boards of Accountancy by the NASBA CBT Administration Committee after development and deliberation by a task force with state board representatives from the AICPA Board of Examiners, sitting state board members and executive directors from multiple states. 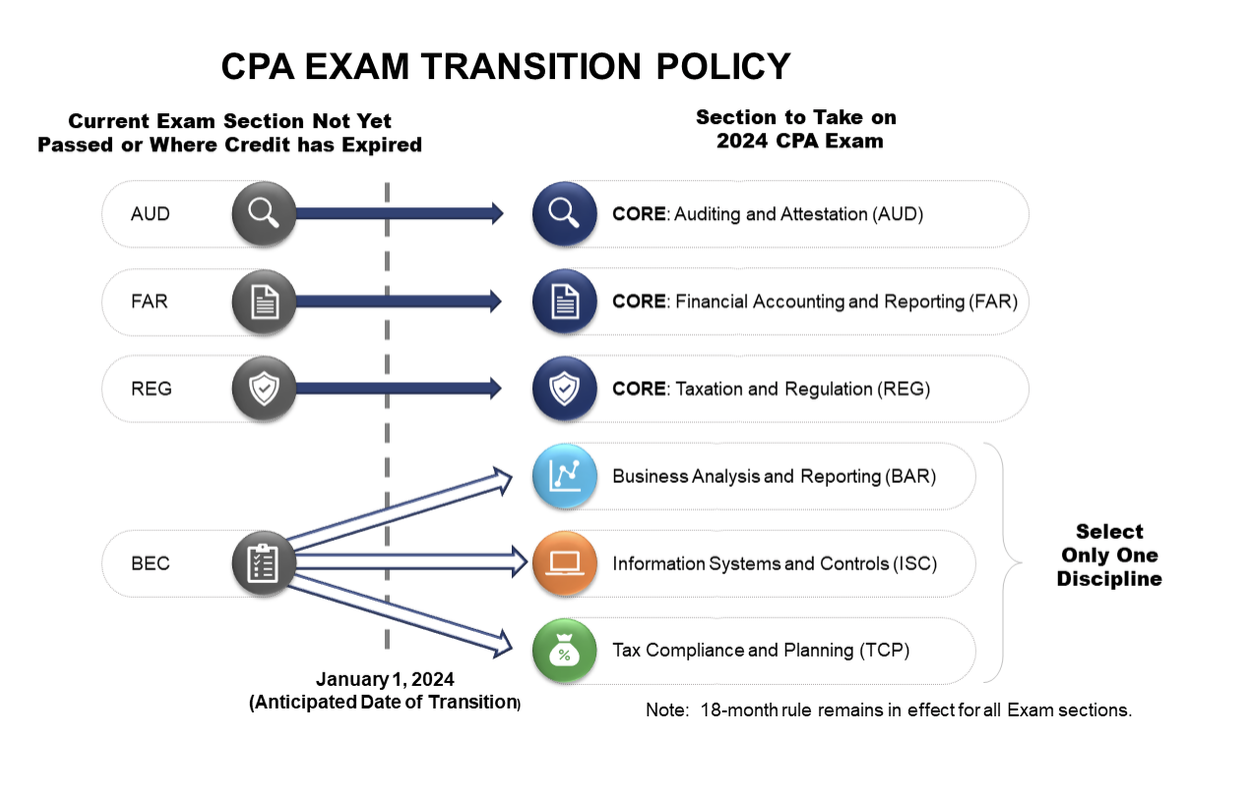 “If, however, a candidate loses credit for AUD, FAR or REG after Dec. 31, 2023, they then must take the corresponding new Core section of AUD, FAR or REG. A candidate who loses credit for BEC after Dec. 31, 2023, must select one of the three Discipline sections to be tested. It is important to note that none of the sections of the current CPA Exam will be available for testing after December 31, 2023. There is a hard cutover from the current CPA Exam sections to the 2024 CPA Exam sections on the January 2024 launch.”

FAQs are also available on the newly released transition policy.