PODCAST: How one man went from priest to CPA

While being a priest and CPA might not seem like two careers with much in common, Bob Wardega can explain from experience they share key similarities. 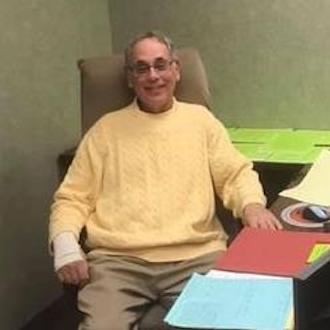 “You’ve got to be nice to people, listen to them, be concerned about them and do your best to answer their questions,” Wardega, CPA, said. “And you have to try one way or another to see that everybody moves along to do whatever it is that they need to do.”

Wardega joined the State of Business podcast this week to discuss what it’s like having a second career as a CPA after being a Catholic priest. He was ordained in 1974 and for the next 14 years worked as a priest at three separate churches in the Cleveland area. During this time, he prepared homilies to read every Sunday, worked to educate young students and visited the sick in hospitals, among other responsibilities.

His decision to leave the priesthood was a gradual one, he said, something that evolved over time, and he said he began to think "Where do I go from there?” Because the last church he worked at in Cleveland was larger than others he had been with, he found himself doing more administrative work. He said he enjoyed collaborating with the staff there and ended up doing some financial and accounting work.

“I really liked the process,” he said. “And I thought, ‘Well, I should take a look at accounting.’ This might be the next step for me.”

From there he worked for a company that managed displays at trade shows and ended up working on invoices and projecting costs. In 1989, he started going to Cleveland State University for accounting courses and took the CPA exam a few years later.

During his career Wardega has worked at Lutheran Social Services and the I-X Center. He said one of his favorite aspects of his time in the accounting profession has been the relationships he’s formed over the years, and the support and respect of his colleagues.

After retiring in 2016, Wardega said he was out of work for only a few days before a mentor asked him to help at a local firm for tax season. This year will be the seventh busy season that he’s helped with, and he said he enjoys the work.

In his experience as a priest, Wardega said he was able to grow essential skills that have helped him function as a trusted business adviser over the years.

Listen to the full episode now.