Former Ohio Society of CPAs Executive Director Victor A. Feldmiller died Jan. 29 at his home in Granville. He was 94. Feldmiller led the organization for 26 years, ending in 1990.

“On behalf of The Ohio Society of CPAs – our Board of Directors and executive leadership, our staff and especially our members – I want to express our condolences to the Feldmiller family for this loss,” said OSCPA President & CEO Scott D. Wiley, CAE. 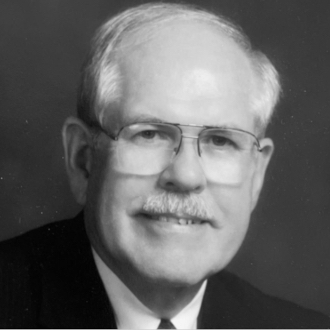 “For nearly three decades, Vic was a tremendous leader for this organization,” Wiley continued. “There is no doubt that CPAs in Ohio still are benefitting from the groundwork he laid to improve the business climate in Ohio and move the accounting profession forward.”

Clarke Price, who joined the Society during Feldmiller’s tenure and worked with him for years before succeeding as Society president and CEO, said two memories stand out.

“The second thing is, he really enjoyed spending time with members – going to chapter meetings and having one-on-one conversations with members of all type in terms of business or background or age,” Price said. “He believed that to be successful you had to genuinely care about the organization and members.

Feldmiller’s obituary described him as “a man of few words but boundless wisdom. His life was built on a natural inclination to work hard, to provide for those he loved, and to do the right thing.”

Barry C. Melancon, president & CEO of the AICPA, remembered him as a committed leader.

“I had the opportunity to work with Vic ahead of his retirement,” Melancon said. “The Ohio Society has always been an innovative association leader, committed to CPAs and the future of the accounting profession. Vic shepherded a strong organization as its executive director, which Clarke Price grew and refined as CEO, and which Scott helms today, looking ahead to the next generations of CPAs.  Vic’s additional interests confirm his breadth of contributions to the community, and he helped advance Ohio CPAs and The Ohio Society throughout his career.”

Feldmiller graduated from Mount Vernon High School in 1945 before attending Denison University. He earned his master’s degree in genetics at The Ohio State University and lived in Worthington for 30 years. He worked at Battelle Memorial Institute before joining OSCPA.

A memorial service is scheduled for Feb. 5 in Granville. Read the complete obituary.