How your actions impact your influence at work

While influencing others might not be a high priority for many professionals, their influence is happening whether they realize it or not. 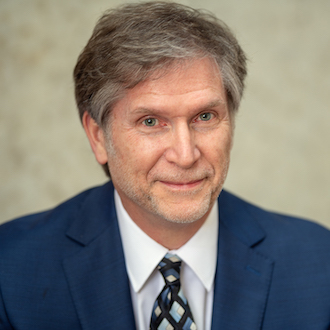 “If you stop and think about it, everybody may not be focused on you today,” said Brian Ahearn, a Cialdini Method Certified Trainer® who specializes in applying the science of influence in everyday situations. “But when you're in the office, the things that you do over the course of time, you're building a reputation and people see that. It does impact how they think and how they feel and how they act.”

Ahearn recently published a new book called, “The Influencer,” about how to become a better salesperson, coach and leader, and how influence works in business and personal relationships. He said people might be surprised to realize that their actions are creating a significant impact on how others think and view them.

Part of having greater influence on others is the ability to understand and work with different personality types and there are different principles of persuasion, Ahearn said, that make more sense to use with some personalities rather than others.

And while certain personality types might be more enjoyable to interact with initially, Ahearn said it’s important to connect with those who might be viewed as “difficult.” Establishing strong, genuine connections with all personality types is a critical part of building influence.

“People who are difficult for you, for me, for other people, a lot of times they're difficult for most people,” he said. “Most of those people who are difficult are putting up self defense mechanisms, so they can justify to themselves maybe why they're not getting a pat on the back at work, or maybe why people aren't asking them to lunch. But when you can break through that, what I've found almost every time is there's a wonderful person inside who just wants to be known.”

This skillset is also critical for those in leadership positions, who are often tasked with influencing teams to meet objectives and deadlines that are vital to the company’s success.

“Even if people like you, and they know what they need to do, a lot of times people drag their feet. Change is hard,” Ahearn said. “I think when leaders understand the framework, and they begin to learn which principles are most effective at those different points, they can be much more effective in leading their teams by influencing them because nobody wants to be forced, manipulated or coerced into doing things.”

Hear more from Brian Ahearn on our podcast here.

For additional learning on this topic, check out our On-Demand course, 15 Laws of Growth.