Sales tax on services rears its head in Indiana 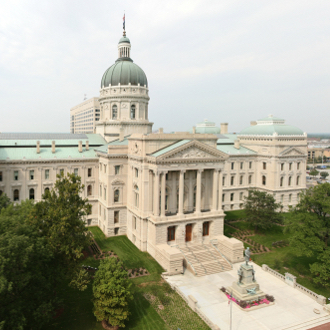 OSCPA and other business groups in the past decade staved off three separate attempts to expand Ohio’s sales tax base to professional services – including CPA services.

That bad idea remains at bay in Ohio, but officeholders in other states return to it periodically. The most recent example is occurring just to our west, where Indiana State Rep. Tim Brown, chairman of that state’s House Ways and Means Committee, said he was exploring a push to broaden Indiana’s sales tax base to cover services while also cutting the sales tax rate.

Brown hasn’t offered details yet for what he could propose for the new legislative session starting in January, but such changes face concerns over the possibility of an economic slowdown and the impact on funding for local governments and school districts. The Associated Press has more details.

As a leading member of the Ohio Service Industry Coalition, The Ohio Society of CPAs stands guard in our state on this and other issues of concern to the accounting profession. We hope to have enough resources to fight back the next time there is a push for an expansion of the tax base to professional services. We need your help!

Join us on Dec. 3 for Advocacy in Action, an engaging, interactive, virtual look at the inner workings of the legislative process. Hear insights from Ohio lawmakers and peers on the value of your involvement.