PODCAST: How employers can find opportunity in the resignation wave 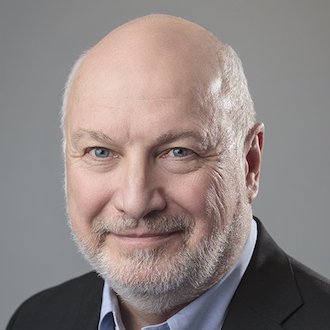 Savvy employers can still improve their business even while facing the resignation wave.

“Think about prioritizing the importance of your employer brand,” said Lee Frederickson, Ph.D., Managing Partner of Hinge, a marketing firm for the professional services industry. “And when we say employer brand, what we mean is your reputation and visibility as an employer best place to work.”

Lee joined the State of Business podcast to discuss the resignation wave and how employers can adapt and grow. He gathered his research from several of the Hinge Research Institute’s studies, including The Employer Branding Study, Inside the Buyer’s Brain and the 2021 High Growth Study.

Frederickson suggested employers focus on building a reputation as a best place to work to ensure longevity. Candidates searching for new roles pay attention to those designations, he said, and businesses can publicize their designations via social media and the web. Being recognized as a best place to work is an ongoing process, but it pays off through high retention rates and higher applicant submissions.

It’s beneficial to pay attention to the relationship between culture and compensation for staff and future talent as well, Frederickson said, as not every person has the same priorities.

“We know that when you have people who are dissatisfied with their culture, or the way that they're treated, they will move to get a better culture,” he said. “That's the primary thing that drives them. And yes, more pay is important. But for those workers, the better culture is more important.”

He said there’s another category called “passive lookers” where the priority of culture and compensation is different. These individuals aren’t actively looking for a position but will respond if a recruiter reaches out to them. For these people to move, they would need a richer compensation package than the one they’re getting. But if they think the new company’s culture won’t make them as happy as their current one, they won’t leave even if the compensation is higher.

It's detrimental for a business to drag its feet on making these improvements, Frederickson said, as they’ll be behind by other employers making the switch faster.

“The firms that are the fastest growing ones are more likely to offer remote work, or they're more likely to offer more flexibility in terms of their employment,” Frederickson said. “What's happening is some firms are really gaining a competitive advantage by the ability to recruit people and retain them. Because they're getting to the place of being a great place to work faster, they’re making that shift faster.”