PODCAST: Tips for negotiating your next promotion

Knowing your worth is a crucial step when navigating your next promotion negotiation.

“It's one thing to ask for permission during these discussions, and it's another to look at your value and to negotiate to achieve what it is you feel you should be making,” said Kim Radison, founder of KKR Consult.

Radison will present ondiscuss negotiating promotions at the July 22nd Women, Wealth and Wellness Virtual Conference. She joined the State of Business podcast this week to discuss where people make mistakes during these negotiations, how often to ask for a promotion and much more. 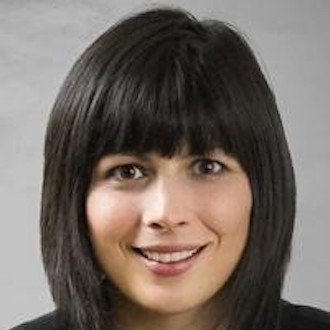 When preparing for the promotion negotiation, have a list of achievements and contributions ready. Radison said women often don’t claim ownership of achievements as much as men and will instead attribute their successes to teamwork.

“The problem is when we are constantly looking at achievements only from a team perspective, that makes it very difficult for us when we as individuals are asking for a promotion,” she said. “That doesn't mean you can't recognize others who have been a part of it, but women need to make sure that especially their immediate supervisors understand what they have contributed towards workplace successes.”

An additional area to give thought to ahead of the negotiation is an idea of what you want your future to look like. Radison said this doesn’t mean you need to present a 10-year-plan during the discussion, but knowing where you want to go in the future will help you focus on the parts of your job you want to expand or retain, and what parts you will need to shed for growth in a new role.

Radison said to go into these discussions with a “negotiation” mindset because that will help you be a better champion for yourself. Certain aspects of the promotion you’re asking for might not be possible, so consider what else you could ask for depending on what your employer tells you.

It’s crucial to have completed research on similar roles in the area and the details of salary, benefits and responsibilities. Coming to the table with that knowledge puts you in a better position to negotiate.

It can be intimidating to go into a negotiation, Radison said, because for many people it means an employer revealing how valuable they think you are to the organization.

“That's really the most important thing we can do not just for our careers, but for our own self-worth is to really recognize what it is that we bring to an organization,” she said. “So don't let that fear stop you from trying to achieve all the goals that you have for yourself professionally.”

Listen to the episode here.