Before he died in December, George took a portion of his estate and put it into a couple IRAs that he designated for charitable causes and among those causes was The Ohio CPA Foundation. In doing so, he created what became the Brockman Family Endowed Scholarship Fund. 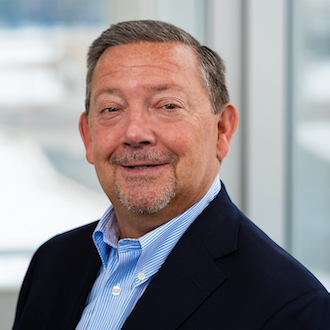 “My father made an initial gift out of his estate to the society. I think basically we just wanted to start a Brockman family endowed scholarship fund so we could continue the legacy of the Brockmans supporting a profession that has been great to our family,” he said. “We’ve benefited greatly by being CPAs for many years and would like to help others find that pathway.”

George was a nontraditional student, Brockman said. He grew up on a farm, went off to the Korean war and then attended community college as a first-generation college student.

“What we wanted to target was accounting majors who have those traits. They could be first generation college students, they could have started their education at a community college, they could have grown up in a more rural area,” he said. “Basically, any type of nontraditional pathway to college is what we would like to support with the scholarship fund.”

Brockman’s intentions with this fund are that it helps many students over the coming years.

“It’s meant to be a permanent fund and we’re hoping to grow it over time,” he said. “We’re hoping other family members will support it over the years, add to it and build upon it so we can help many people.”

All in all, Brockman said his father was honored to be a CPA and that he had the ability to make a lasting impact on others.

“My dad was proud to be a CPA and he would be proud to help others become a CPA, especially those who are taking a nontraditional avenue,” Brockman said. “I think our family has benefited greatly over the years by being involved in this profession. We know this is a great pathway to help others have a very successful career and a good life and so we want to help others find that pathway.”