Ohio CPAs secured victories on two pressing issues March 24, as the Legislature approved a tax conformity bill, and the state moved its tax deadline to May 17.

The final version of Senate Bill 18 – which now awaits Gov. DeWine’s signature – would conform Ohio with recent changes to federal tax law, including deductibility of expenses from the Paycheck Protection Program and excluding $10,200 in unemployment compensation from income tax. Ohio-specific provisions in S.B. 18 will exclude the 2020 (and any in 2021) Ohio Bureau of Workers’ Compensation refunds/dividends from CAT; reduce pass-through entity withholding rates and exclude PPP second-draw loans from CAT. 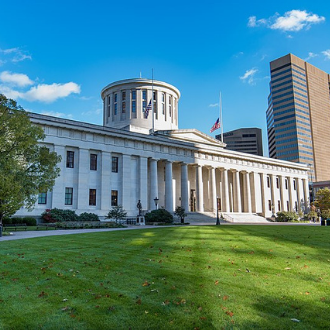 The Ohio Society of CPAs testified in support of S.B. 18 on several occasions and had made its passage a top priority of its advocacy efforts. The Ohio Legislative Service Commission this week published  this analysis of the bill. Because S.B. 18 is emergency legislation, the changes will be enacted into law immediately upon the Governor’s signature.

Lawmakers attached a few other tax measures in the committee process, creating the option for unemployed Ohioans to opt-in to state withholding of income tax from unemployment benefits starting in 2022, and exempting federal Paycheck Protection Program loans and Bureau of Workers’ Compensation refund/dividend payments in 2020 and 2021 from the Commercial Activity Tax. Rep. Bill Roemer, R-Richfield, also highlighted the inclusion of his House Bill 124, which he said corrects a law (beginning in 2023) requiring pass-through entity businesses to withhold taxes at a substantially higher rate than they actually owe, forcing them to offer interest-free loans to the state.  OSCPA has long advocated for the passage of this measure.

Also on Wednesday, the Ohio Department of Taxation announced that Ohio will follow the IRS in extending the income tax filing deadline to May 17.  You can read the ODT announcement here. The extension is meant to provide relief to those affected by pandemic orders instituted to halt the spread of COVID-19.  However, first-quarter estimated payments are still due April 15 because Ohio is following the federal extension language.

“We’ve received many questions about these issues, so I know this is news that members are waiting to hear,” Saul said. “We have some clarity to move forward now; I want to thank all members who recently reached out to their elected officials, but there’s still work to be done to move the first quarter estimated payment deadline from April 15 to May 17 for both federal and state filings.”

We need your help to move this issue forward! Use OSCPA’s easy letter-writing tool to quickly make your voice heard.