PODCAST: CPA writes children’s book on growing up to be an accountant

Adrian Mayse, CPA, hopes his children’s book about accounting will not only entertain but inspire the kids who read it.

“There is no literature or information exposed to children at a young age to the profession of accounting,” he said. “And I wanted children to see themselves in the pages, so I wanted it to be as diverse and inclusive as possible.” 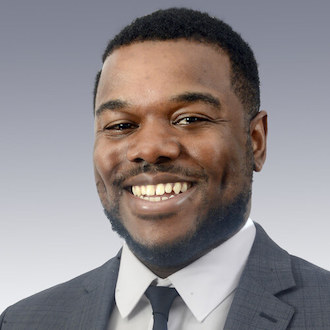 “When I Grow Up I Want to Be… an Accountant,” is a picture book that allows children of diverse backgrounds to see themselves on the pages and learn about the accounting profession. Mayse, a tenured Associate Professor and Department Chair of Accounting at Howard University, joined the State of Business podcast this week to discuss the book.

He first heard about accounting in high school, but it wasn’t until he was a finance major as an undergraduate student at the University of Mississippi that he began to take accounting courses. After learning more, he decided to earn his Master of Accountancy. He met many mentors along the way who opened up the world of accounting, and he eventually joined organizations such as the National Association of Black Accountants and began to think about how to increase diversity in the profession.

“I felt the conversations that were being had needed to go beyond what we were doing as far as high school, college and in the profession directly,” he said. “It needs to go to children, so we can create that pipeline early on.”

In 2013 when working on a vision board for his career and life, Mayse said he made a goal of one day writing a children’s book, although at the time he had no idea what that would entail. Later he realized he wanted it to be about accounting. Mayse said the writing of the book was straightforward while the process of working with the illustrator took more time.

“How the images were depicted in the book was very important,” he said. “The illustrator did an amazing job just from the direction did I gave her.”

In business you need people from all walks of life to be part of the conversation, Mayse said, because that fosters diverse thought, equity and inclusion. He said he wants accounting to be seen as an exciting profession for children, just as much as they might read about careers like being lawyers, teachers and doctors.

“Even though it's a children's book, I see it as a book for families,” he said. “Because a lot of families may have to learn for themselves about the profession. And it's a conversation starter. And hopefully, it allows more people and children to see accounting as interesting, fun, and dynamic.”

Listen to the episode and purchase his book here.